Both locals and tourists alike have fond memories of time spent at The Douglas Hotel, which has played host to generations of guests over the years.

It originally provided accommodation for acquaintances of the Duke of Hamilton, the laird of Brodick Castle. And later, it was the base for prospective Submarine Commanding Officers while completing their rigorous training on the Royal Navy’s gruelling Perisher Course.
The original two and a half storey residence was built in 1782 and is typical of a sizeable dwelling from that period. It later became the local doctor’s home and medical practice up until 1852 when it was converted into a hotel.

A red sandstone (quarried on Arran) and slate-roofed extension was then added to the front of the original house in 1858 and the grounds were landscaped.

The first manager of the hotel, a successful hotelier by the name of Peter Macdonald, was brought to the island from Glasgow by the Marquis of Douglas, and he became a well-respected member of the community. This coincided with the removal of the island’s ferry port from below Brodick Castle at the other side of Brodick Bay to its current location on the pier, so encouraging a brisk tourist trade.

A dining room/function suite wing to the west was subsequently attached to the building, matching the red sandstone and slate, and mimicking the eaves and chimneys of the original structure. In truth, The Douglas as it is today would never have been possible were it not for the enigmatic Sean Henry. After taking over the hotel in 2010, his investment, drive and vision literally transformed the business, creating jobs for young islanders and providing the essential ingredients for a pleasant stay: attentive service, gorgeous rooms with lovely views, and a talented Kitchen Brigade. 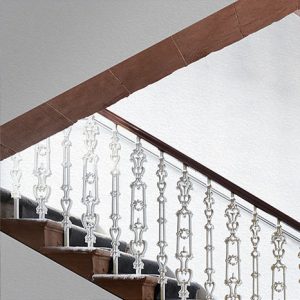 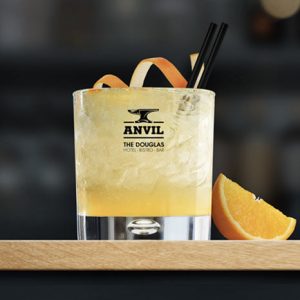 Check out our bar. 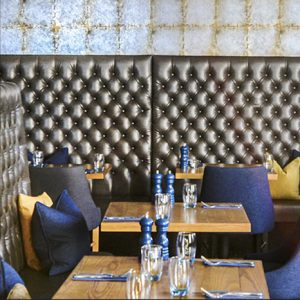 Have a peek at our Bistro. 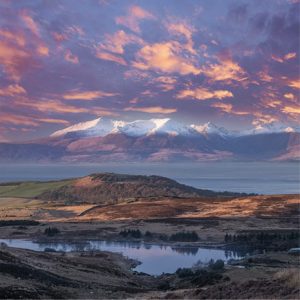 More about our island. 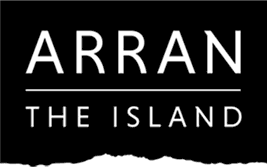 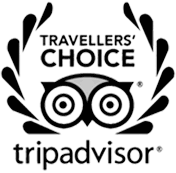 LUNCH
Served in our Bar & Outside Terraces from 12noon to 4.30pm daily.

DINNER
Served 5pm to 9pm daily in our Bistro, Bar and Outside Terraces.